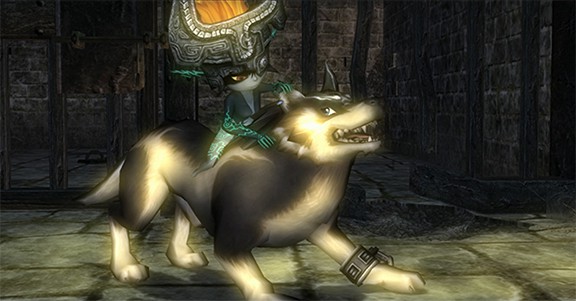 If there’s at least one thing to count on with the long-running The Legend of Zelda series, it’s that even though every entry has many undeniable similarities, each title has a distinct tone and feeling to one another. Everyone who has played at least two Zelda games has mixed feelings — albeit mostly positive views — about each game. One might like Majora’s Mask’s darker tone and atypical plot, while another favors the more light-hearted aesthetics and charm found throughout the Great Sea in Wind Waker.

This is just one part of what makes Zelda endearing.

While an overall good game for anyone who hasn’t dabbed their feet in Zelda’s fantastical waters, Twilight Princess has been the black sheep of the Zelda games ever since I played it nearly 10 years ago on the GameCube. The same feelings ring true for me in Twilight Princess HD, a remaster of the original game.

Players once again return as a reincarnation of Link, who must fight to free the land of Hyrule from creatures that spawned from another world known as the Twilight Realm. It’s the typical Zelda story — save the princess, save the world — at its core, but I enjoyed the some of the twists and darker plot points.

TPHD offers a variety of interesting landscapes, from the blistering heat inside Death Mountain to the sands of Gerudo Dessert, and even a journey to a timeless place. Unfortunately, before getting to any of the locales Hyrule offers, players must endure the first few dull hours of the game. It introduces various mechanics and, of course, kick-starts the plot, but it’s more of menial chore than an engaging genesis because of its poor pacing.

It also presents the worst part of the game: Wolf Link, a form Link takes on when he enters territory covered by twilight.

Almost every facet of Wolf Link is tedious. None of the items you gather over the course of the journey can be used in this form, and all of the attacks are essentially the same, with only one new move learned near the start of the journey. Wolf Link’s distinctive features are using his animal sensory to find plots in the ground to dig up, seeing invisible enemies and picking up scents to follow and track down. While these elements might sound interesting, they mostly lead to unsatisfying results.

Wolf Link’s two redeeming qualities are being able to move faster than his human counterpart and the ability to talk to animals, some of which have some humorous things to say.

Ultimately, Wolf Link, an important part of TPHD, comes off as a mechanic the developers came up with simply to add something different to the series, and it shows. Fortunately, it doesn’t have to be used as often after the first half of the story, but I dreaded every time the game prompted the form.

On the other hand, playing as good ole human Link is a delight. And it wouldn’t be a Zelda game without items and dungeons, which Twilight Princess, like its predecessors, excels at. 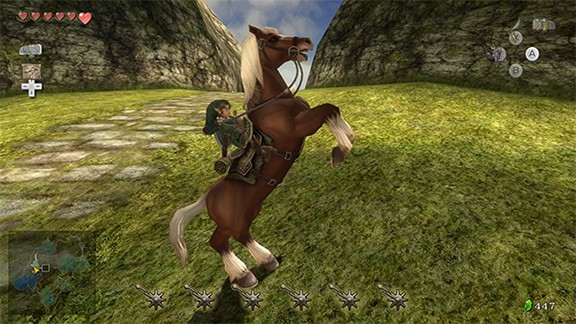 I was slightly bothered by the easiness of bosses and dungeons compared to the rest of the series, though. Now, going into TPHD was like a brand-new experience, as it had been nearly 10 years since I played the original, and being the black sheep in the series for me, I hardly remembered anything about the game. In a contradicting sense, it was like having my second go at playing a game for the first time. With that said, Zelda has always had dungeons or moments in the story where I had to do some deep thinking about my next step — or perhaps taking two steps back. But with TPHD, I can recount maybe one moment where I was stuck for a short time.

That’s not to say it hindered my experience, but I yearned for at least a little more challenge. I thoroughly enjoyed my 25-plus hours going through the creative dungeons and solving puzzles, especially at Snowpeak Ruin, a mansion located in snowy mountains of Hyrule during the second half of the game.

TPHD also does a great job at backtracking to previously visited areas. Most games that do this make it a repetitive chore, but TPHD challenges the player to pay attention to their surroundings and make note of things that might become useful at a later part in the story.

Combat is some of the most enthralling thanks to fun swordplay. Strikes from Link’s blade feel powerful, which can partially be attributed to new moves you learn called Hidden Skills. These techniques came in handy during different fights, and felt quite empowering to use.

Outside the story, there are numerous secrets to uncover and items to collect. One side quest — where I reluctantly had to use Wolf Link — has me hunting down more than 100 spirits, known as Poes, to free a man who was stricken with a curse that turned to him into solid gold. This task alone adds much more value to the game, let alone the other the quests and mini games scattered throughout Hyrule.

On the visual side of the TPHD coin, things are certainly prettier. The original contained noticeably muddy imagery all around in order to achieves its realistic approach. However, much of this has been cleaned and polished with numerous texture overhauls. Many details, both minute and noticeable, from the stitching in Link’s iconic tunic to the stonework on castle walls, have received welcoming surgery, which are noticeable on a 1080p display.

But at the same time, there’s more to be desired when compared to Nintendo’s signature remakes, which are typically built from the ground up. TPHD draws a fine line between the simple 1080p/60 frames remasters and visual overhauls such as Ocarina of Time 3D. TPHD’s trailers are not an accurate reflection of the finished product. It looks much better when seen on a TV in person, but it’s hard to push a full-price purchase for a single game — albeit with much content — when you see collections such as Uncharted: The Nathan Drake Collection or Halo: The Master Chief Collection with similar visual upgrades and more value at the same cost. 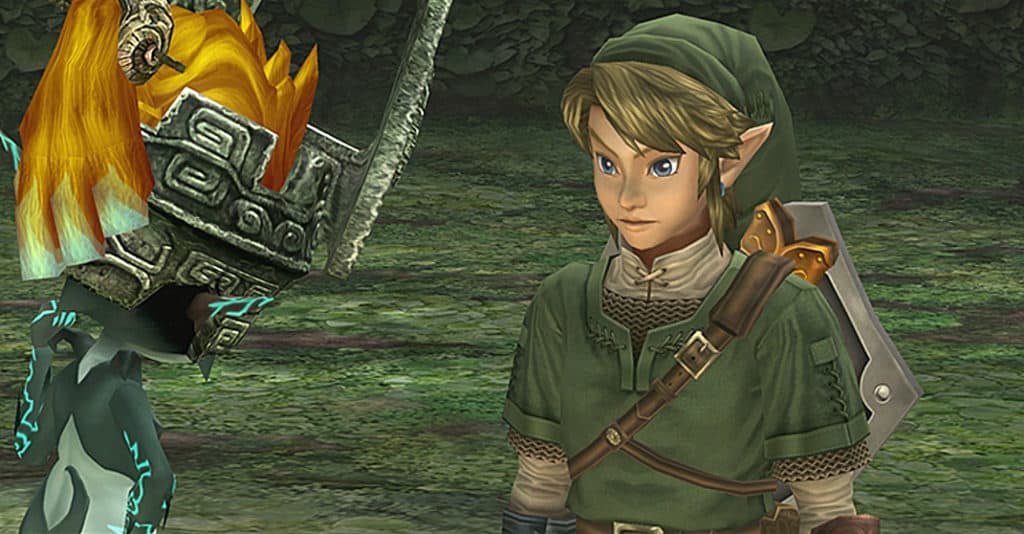 TPHD, however, does include a few new features and subtle differences. A new difficulty called Hero Mode not only gives Link double damage and has no enemies dropping hearts, but it puts the entire game in a mirror mode where everything is on the opposite side of where it is in the normal difficulty. That one key you might have remembered being located on the right side of a temple is now on the left side. This is somewhat of a tribute to the Gamecube and Wii versions of the original Twilight Princess, which mirrored each other. Whether you’re a newcomer or played the original game, it at least helps shake things up a little.

The game also contains amiibo support. Link and Toon Link amiibo will refill arrows; Zelda and Sheik amiibo will recover hearts; and Ganondorf gives players double damage. For the masochists, those who use Ganondorf amiibo in Hero Mode will take four times the damage, so prepare for an arduous challenge.

(Editor’s note: TPHD also has a new optional segment called the Cave of Shadows. Players enter the Cave of Shadows as Wolf Link to fight against waves of enemies on different levels. This can only be accessed if players have a Wolf Link amiibo. While I purchased a copy of TPHD that came with the amiibo, I decided not to take it out of its box for collecting purposes. Besides, the less times I have to play as Wolf Link, which is mandatory in the Cave of Shadows, the better.)

Twilight Princess HD was a better experience than I remember it being during my play through of its original release nearly 10 years ago. While it’s still by and large my least favorite game in the series, mostly thanks to Wolf Link’s numerous tedious aspects, I still had much fun on my journey, which is filled with much to see and uncover. The dungeons and bosses are among the least difficult in the entire series, but TPHD still provides players a worthwhile journey that will take at least 25 hours to complete. Its texture upgrades and 1080p resolution output look great on a high-definition display, but it might not be enough to entice second-time players to spend another $50 on the same game. On the other hand, those who have never played TPHD will certainly not be disappointed. 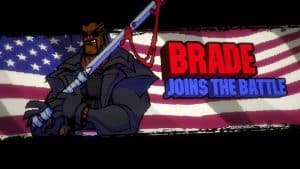